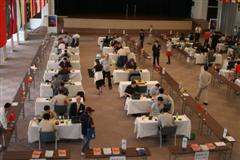 The 2006 World Amateur Go Championship was held in Huis Ten Bosch, Sasebo, Nagasaki Prefecture.Â  Steve Flinter was the Irish representative on this occasion.Â  He was disappointed to only finish with 2 wins out of a possible 8, meaning he finished in 60th position out of a record 68 participants.Â  Check out the full table from the official Nihon Ki-in web-site. 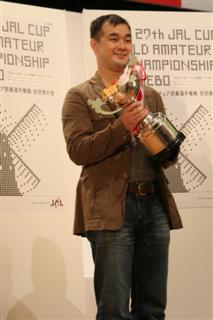 The eventual winner was Satoshi Hiroka of Japan.Â  He finished with a result of 7/8, level on points with China, DPR Korea and Korea, but won out on the SOS tie-breaker.Â  In fact, he recovered from a loss in the fourth round by time forfeit against Tae Won Jo of DPR Korea, and went on to beat many people’s favourite, the 13 year-old Wie Xing Tang of China in the final round to secure a victory.